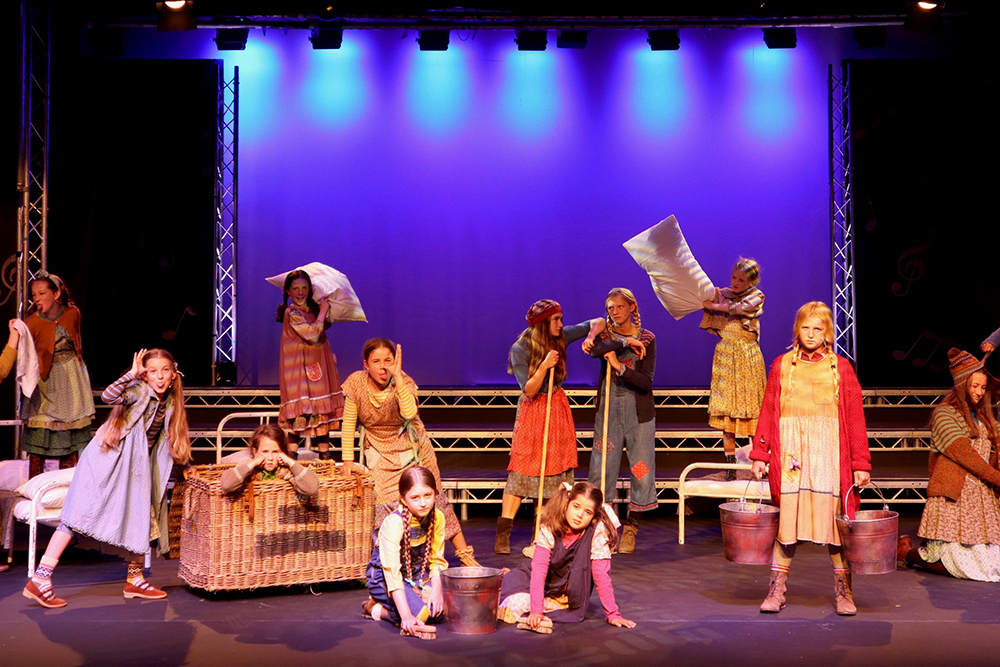 The Collective was proud to be the sole sponsor of the ‘Welcome back to the Theatre – Curtain up’ Variety Show to mark the end of lockdown post COVID-19 and celebrate #GuernseyTogether.

During April, when lockdown was well and truly in force Sir Richard Collas (Bailiff at the time) approached GADOC with the idea of staging a celebratory event as soon as possible after the restrictions had eased.  GADOC immediately embraced the idea and to cut a long story short, after a few Zoom meetings we pulled together the framework for a fantastic ‘Guernsey’ celebratory production, including ideas for numbers, participants, rehearsal schedules, budgets – amazing what can be achieved via the wonders of modern technology!

As the idea developed, the organisers wanted to focus on the spirit of ‘Guernsey Together’ and to invite performers other than GADOC to participate.  They were delighted that Guernsey Glee Singers, Rickey Long, Mariposa Strings and the Glenn Miller Sound of the  Elastic Band are confirmed, with Dennis Burns and Michael Prince signed up for the evening’s entertainment.

The main purpose of the production was threefold: to enjoy an evening to celebrate how Guernsey has pulled together; to thank those who have worked so hard; and to support some local charities whose work has been particularly important over the last few months, not only by raising much-needed funds for them but also by raising awareness of the challenging issues faced by many islanders and of the support that is available when needed.  Thanks to the generous support of the Polygon Collective, all the production costs have been sponsored so all proceeds from ticket sales and on the night will be shared between three deserving charities: Safer, The Samaritans and In-dependence.

GADOC featured songs from some of your favourite musicals, and this will also be a chance to see the Annie orphans onstage for the first time (Annie will now be staged next Easter). This was a sell-out event for all three dates of showings.